The Allen Prize for Young Writers aims to be the premier provider of education and training for young writers in Trinidad & Tobago. It is dedicated to fostering the development of such writers and nurturing their talent by giving annual prizes, holding an annual workshop and three annual seminars, and facilitating the publication, broadcast or staging of the works of writers from Trinidad & Tobago aged 12-19 years.

Founded in 2009 by author and journalist Lisa Allen-Agostini, the prize is named for her late father, Rito Allen. It is administered by a board of directors which she chairs.

In September, 2010, The Allen Prize will begin advertising its first annual awards, which will be given out in the second term of the 2010-2011 school year. Prizes will include cash, publishing opportunities and the chance to participate in an intensive writing workshop.

We believe it is critically important to support and encourage young people in all their endeavours. Many young writers work without guidance or adult champions. We hope to create a national climate in which such young people are sought out and cultivated, and their work given a chance to grow.

To support the writers to produce work of sound quality, the prize will hold educational seminars. An annual developmental workshop will form part of the prize for the writers adjudged to be the top achievers in each category and genre. Thus, the educational programme in the first instance will comprise:

The role of the writer can be transformative for his people. Our best writers show us facets of our everyday lives under a new, shimmering light: Walcott giving angry voice to the multi-racial Caribbean man Shabine in The Schooner: Flight, or the gleaming prose of VS Naipaul describing bumbling Biswas trying to make his way in the world.

Through the voice of the writer we are glorified, abashed, chastised, elucidated. There is no one thing a writer does, or should do. It is not a prescriptive position, but rather a flexible, human one.

One thing is clear, however. The growth of the arts, and literature in particular, is absolutely necessary for the healthy functioning of a society.

We do not seek to indoctrinate the young writers of Trinidad & Tobago in any particular form or school. What we do wish to pass on, with absolute urgency, is that we must have writing, good writing, and we must take our writing seriously. The writer is no less a part of the national fabric than any engineer, computer programmer, or entrepreneur.

Young people need encouragement and support if they are to succeed, whatever path they follow. Young writers, with mentorship, positive reinforcement and guidance, could grow into tomorrow's Walcotts and Naipauls. We cannot know until we give them that chance. 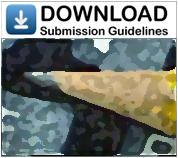 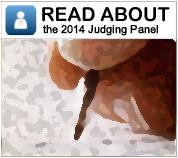 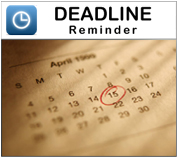